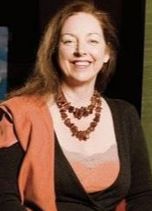 Lisa Samford
Executive Director, SMASH18 & Jackson Hole WILD | lisa@jhfestival.org
​Lisa Samford left a career in journalism to become a documentary filmmaker, specializing in difficult and remote expedition projects. She has filmed across five continents on a diverse collection of projects exploring topics ranging from violent crime, espionage, and ethnographic/scientific exploration to intimate portraits of author Wallace Stegner, conservation pioneer Mardy Murie, and His Holiness the Dalai Lama. Joining the ranks of the urban refugee, Samford returned to her native Wyoming to raise her son with paleontologist Wallace Ulrich. Executive Director of the internationally renowned Jackson Hole Wildlife Film Festival since 2002, Samford holds a BS and MA degrees in Communication. 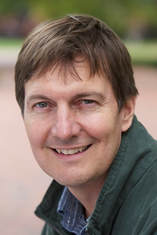 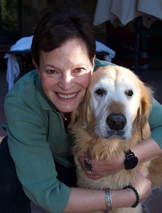 Carol Fleisher
Senior Producer, SMASH | carol@sciencemediasummit.org
Carol L. Fleisher has spent the last forty years making documentaries for television. Her passion for storytelling is seen most vividly in her films about nature. Each documentary has revealed a different aspect of our human connection to the natural world.  One of Carol’s favorite projects, the Emmy Award-winning WHY DOGS SMILE & CHIMPANZEES CRY, tells the story of how animal emotions evolved. While Carol’s work is undeniably and unapologetically emotional, it is all based in science – allowing viewers to believe the extraordinary moments her films present. The New York Times called one of her pure science films for PBS’ NOVA, “A bold assault on El Niño’s mysteries... It makes for quite a show.” 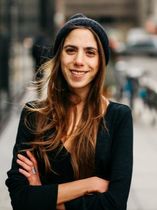 Devin Karambelas
​Local Manager, SMASH18 | devin_karambelas@wgbh.org
Executive and editorial assistant to John Bredar, WGBH’s Vice President of National Programming
Devin most recently worked for SFFILM, the parent organization of the San Francisco International Film Festival, and Glasgow Film in Glasgow, UK. Previously, Devin was an assistant producer for Vermont Public Radio. She has a Masters degree in Film, Exhibition & Curation from the University of Edinburgh and is a member of the TEDx Beacon Street Leadership Board. 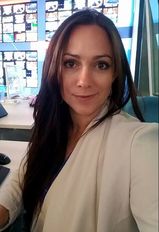 Ru Mahoney
NSF Program & Fellows Manager, SMASH18 | ru@jhfestival.org
Ru is a a freelance Science Impact Producer interested in multi-platform media projects which employ evidence-based strategies to increase STEM literacy about the world’s most important environmental and conservation issues. My research on science communication through media has been funded by the National Science Foundation, and informs my work developing strategic, cross-industry creative cohorts to empower project objectives. I work with diverse clients including filmmakers, scientists, NGO’s and film festivals. 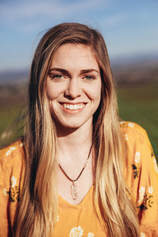 Christie Quinn
Operations Manager, SMASH18 & Jackson Hole WILD | christie@jhfestival.org
​After spending most of her life on the east coast, Christie followed the call of the mountains to Jackson, WY in the spring of 2012 where she found the Festival. She began as a production associate, shortly moving into the role of Film Competition Coordinator. She directed the Festival's 2012 film One Day In Jackson Hole, worked as the Festival's Marketing & Design Director, and now is the Director of Operations. A lover of videography, photography and travel, Christie spends her time outside of the office exploring the beautiful surroundings in Jackson - always with a camera in hand. She graduated from Elon University with a degree in Media Arts & Entertainment and Spanish. 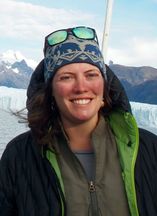 Dana Grant
Film Competition Coordinator, Science Media Awards & Jackson Hole WILD | dana@jhfestival.org
Raised on a farm in the woods of Connecticut, Dana gained an early appreciation for nature and living, growing things. She is a graduate of the University of Virginia, with a B.A. in Archaeology and Studio Art with a photography focus. A drive to explore has led her to a number of adventurous occupations such as training polo horses in Hawaii, leading dogsled tours through the Wyoming wilderness, and even washing dishes at a science station in Antarctica. Having made Jackson her home and begun work with Jackson Hole WILD, Dana is grateful for the chance to pursue an interest in media, expand her skills, and ultimately help benefit wild places and animals around the world. 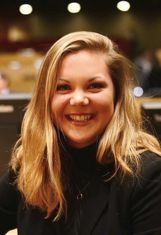 Abbey Greene
Marketing & Social Media Manager, SMASH18 & Jackson Hole WILD | abbey@jhfestival.org
Abbey comes to us from the east coast after graduating in Vermont with a bachelor’s degree in broadcast journalism. While at school, she focused on reporting on environmental issues and took several science classes for background knowledge to fuel her stories. She spent her summers interning at ecoRI as an environmental reporter for southern New England and at the coastal nonprofit Save The Bay in their communications department. She is excited about coming here to explore the Jackson area and dive into world of nature filmography. In her free time, she loves hiking, volleyball, and getting outside as much as she can.