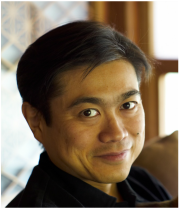 Joi Ito
​​Joichi "Joi" Ito has been recognized for his work as an activist, entrepreneur, venture capitalist, and advocate of emergent democracy, privacy, and Internet freedom. As director of the MIT Media Lab, he is currently exploring how radical new approaches to science and technology can transform society in substantial and positive ways. Soon after coming to MIT, Ito introduced mindfulness meditation training to the Media Lab. Together with The Venerable Tenzin Priyadarshi, founding director of The Dalai Lama Center for Ethics and Transformative Values at MIT, Ito is promoting the contribution that awareness and focus can bring to the creativity process. 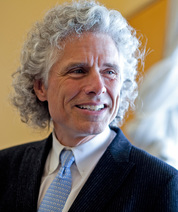 Steven Pinker
Steven Pinker is an experimental psychologist and one of the world’s foremost writers on language, mind, and human nature. Currently Johnstone Family Professor of Psychology at Harvard University, Pinker has also taught at Stanford and MIT. His research on vision, language, and social relations has won prizes from the National Academy of Sciences, the Royal Institution of Great Britain, the Cognitive Neuroscience Society, and the American Psychological Association. He has also received eight honorary doctorates, several teaching awards at MIT and Harvard, and numerous prizes for his books The Language Instinct, How the Mind Works, The Blank Slate, and The Better Angels of Our Nature. He is Chair of the Usage Panel of the American Heritage Dictionary, and often writes for The New York Times, Time, and other publications. He has been named Humanist of the Year, Prospect magazine’s “The World’s Top 100 Public Intellectuals,” Foreign Policy’s “100 Global Thinkers,” and Time magazine’s “The 100 Most Influential People in the World Today.”

Richard Wrangham
Richard Wrangham is the Moore Professor of Biological Anthropology at Harvard University, where he has taught since 1989. His major interests are chimpanzee and human evolutionary ecology, the evolutionary dynamics of violence, and ape conservation. He received his Ph.D. in Zoology from Cambridge University in 1975, was a Research Fellow at King’s College (Cambridge) from 1977 to 1980, and taught at the Department of Anthropology at the University of Michigan (Ann Arbor) from 1981-1989. Since 1987 he has studied wild chimpanzee behavior in Kibale National Park, Uganda. His most recent book is Catching Fire: How Cooking Made Us Human (Basic Books, June 2009)