Our latest initiative: In 2016, 14 exceptional early-career science communicators will have an enriched experience at SMASH!  We are grateful to the Rita Allen Foundation, National Geographic Society and HHMI Tangled Bank Studios for supporting this pilot program and looking for seasoned pros to serve as mentors during the conference. This inaugural class was selected from a pool of nearly 300 applicants.
register for smash 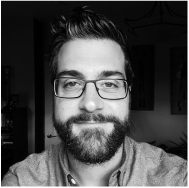 Alex Albanese
Cambridge, MA, USA
Alex was born in Montreal and obtained his BSc and MSc in microbiology and immunology at McGill University. He completed his PhD at the University of Toronto investigating nanoparticle-tumor interactions. Alex is currently completing his postdoctoral studies at MIT growing and imaging stem cell ‘mini-brains’. Alex is also the creator of Focal Point (University of Toronto) and GLiMPSE (MIT) podcasts where scientists chat about their journey, work, and outlook. 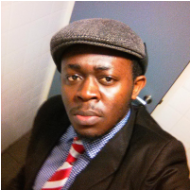 Israel Bionyi
Ede, Netherlands
Israel is a freelance reporter, communications specialist, and environmental blogger specializing in climate change, water, energy, forests, and wildlife conservation. He founded the blog ‘The Wink Writes’ and contributes to Fairplanet magazine and Cameroon’s Standard Tribune. He is also Assistant Editor for the Society for Conservation Biology’s African Conservation Telegraph and a member of the International League of Conservation Writers.​ 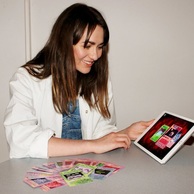 Carla Brown
Philadelphia, PA, USA
Carla’s passion for science media and communication began during her PhD at Glasgow University. Carla’s research focused on antibiotic resistance and during her studies she designed an innovative gaming app, Bacteria Combat, to educate on this important health concern. After her PhD Carla launched the start-up “Game Dr,” and produced 3 gaming apps and a creative short film, Antibiotic Apocalypse. Now based at Drexel University, Carla’s postdoctoral work focuses on the impact of digital games in higher microbiology education. 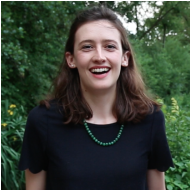 Sofia Castello y Tickell
London, UK
Sofia has conducted marine ecology and conservation research on urchins and sea stars in the Galapagos Islands, chocolate clams in the Sea of Cortez, and European eels in the Thames Estuary. She has also written for The New York Times and USA Today, and co-created award-winning stop motion animations about marine life. Sofia holds an AB in Biology and Photojournalism from Brown University, and is currently completing an MSc in Biodiversity, Conservation & Management at the University of Oxford. 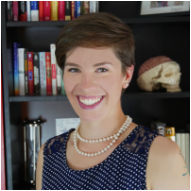 Alison Caldwell
La Jolla, CA, USA
Alison is a graduate student of Neurosciences at UC San Diego, where she is working with Dr. Nicola Allen to uncover the role of astrocytes in the formation and development of neuronal connections. She is the co-creator, writer, and host of Neuro Transmissions, an educational YouTube channel all about the brain. 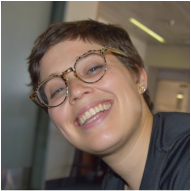 Amy I. Gilson
Cambridge, MA, USA
As a graduate student at Harvard University, Amy is working on understanding how the protein molecules encoded in our and every organism’s genomes evolve. Throughout graduate school she has been in the leadership of Science in the News, Harvard's extensive graduate student scicomm organization. Last year, Amy helped launch the podcast Sit'N Listen, which presents science in its social context. 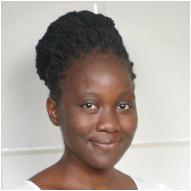 Sophie Gomani
Lilongwe, Malawi
Sophie is Malawian radio journalist and producer with over four years experience working in Malawi’s print and broadcasting industry. She specializes in stories and programs that focus on rural development through the promotion of sustainable agricultural innovations. She holds a Bachelor's Degree in Journalism and Media Studies obtained at the University of Malawi, The Polytechnic. 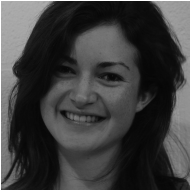 Vanina Harel
Washington, DC, USA
​Vanina is a National Geographic Young Explorer and a filmmaker. She has travelled to South Africa and Botswana to produce a short film about rhinoceros conservation, co-produced Chesapeake Villages, a 30-minute documentary that aired on Maryland Public Television, and recently completed a 22-minute documentary film about lagoon conservation in Mauritius. 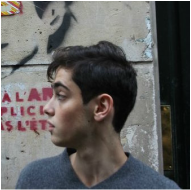 Adam Haar Horowitz
Boston, MA, USA
Adam is a neuroscience Teaching Assistant at MIT’s McGovern Institute exploring mindfulness, meditation, and mind-wandering. He has always loved playing the role of translator from experiential to empirical and connecting personal stories to scientific inquiry. Adam is fascinated by what it means to be human—micro and macro—and by what advancing this understanding can mean for the future of self, communication, and community. 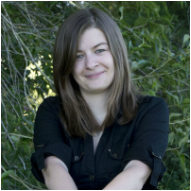 Sarah Lanier
​Bozeman, MT, USA
Sarah received her bachelor's degree in microbiology at the University of Idaho. Her goal is to create inspirational and engaging stories involving science that move both the mind and the heart. She is currently at Montana State University, where she is working to receive her MFA degree in Science and Natural History Filmmaking. 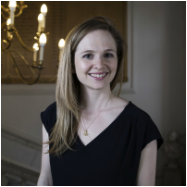 Shaena Montanari
Edinburgh, UK
As a Newton International Fellow at the University of Edinburgh, Shaena works on uncovering archives of modern and ancient ecology locked in bones. She is also a contributor at Forbes online, where she writes about paleontology, natural history, and comparative biology. She received her PhD from the Richard Gilder Graduate School at the American Museum of Natural History in New York City. 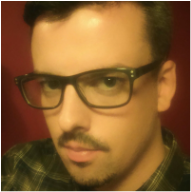 Robert O'Sullivan
Cork, Ireland
Rob's primary research interest is invasive species. He is currently studying the factors affecting the invasive Asian clam in Ireland. He volunteers as a science communicator for The Herpetological Society of Ireland, and is particularly interested in exploring the outreach opportunities afforded by social media. 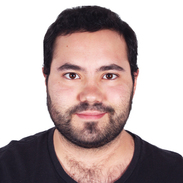 Rodrigo Pérez Ortega
Mexico City, México
Rodrigo is finishing his degree in Biomedical Science at Universidad Nacional Autónoma de México in Mexico City. Rodrigo is passionate about neuroscience, research and science journalism, and he has been published both in English and Spanish in diverse media outlets. ​ 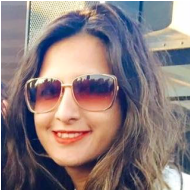 Mashaal Sohail
​Cambridge, MA, USA
Mashaal is a PhD student in Harvard University's Systems Biology program. Her doctoral research uses genetic data to study the action of natural selection on modern humans. She is interested in evolution, history and philosophy of science, and the links between biology, environment, and behavior.